As seasons change, so too does classical scene 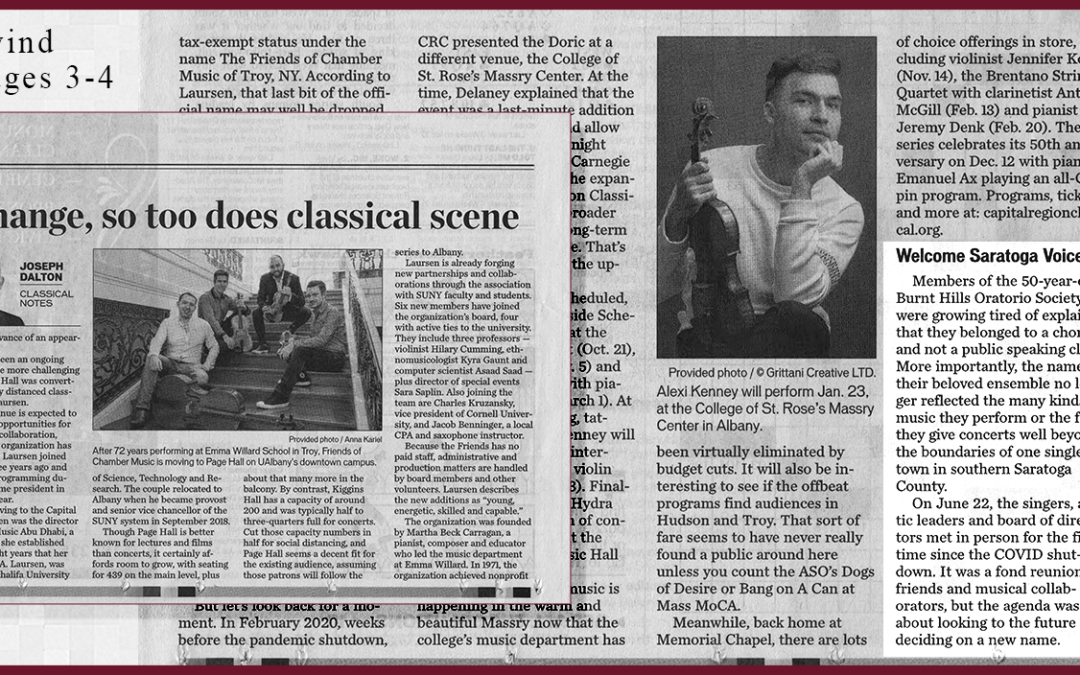 Members of the 50-year-old Burnt Hills Oratorio Society were growing tired of explaining that they belonged to a chorus and not a public speaking club. More importantly, the name of their beloved ensemble no longer reflected the many kinds of music they perform or the fact they give concerts well beyond the boundaries of one single town in southern Saratoga County.

On June 22, the singers, artistic leaders and board of directors met in person for the first time since the COVID shutdown. It was a fond reunion of friends and musical collaborators, but the agenda was about looking to the future and deciding on a new name.

The notion had been talked about for years. At the meeting, possible new handles were debated and tested out, spoken and probably sung. Singers know how words feel.

By the end of the night, it was almost unanimous. They now belonged to Saratoga Voices. A cute but uncredited essay on its website, saratogavoices.org, tells the story in more detail and concludes: “same people with new name and new horizons.”

So far, only one concert has been announced for the new season. Ironically, the first music to be performed by Saratoga Voices will be an oratorio, Handel’s “Judas Maccabaeus,” on Nov. 19. But the venue is new: Universal Preservation Hall in downtown Saratoga Springs. Looking ahead, board president Dave Johnson says plans are coming together for a staged production of “The Music Man” in February. That will be followed in the spring by a concert with all kinds of music, from the Beatles to the classics. Learn more, including how to join, at saratogavoices.org.