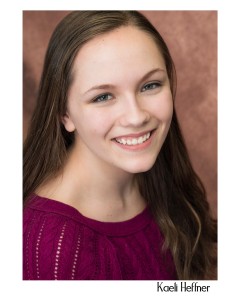 Ms. Scotti has sung Maria in “West Side Story” in a CR Kids Production at The Egg and, among many other honors, scored first place in the Novice Division of the Mendelssohn Classical Singers’ competition.

Ms. Heffner won TANYS excellence awards in performance and vocal performance for her role as Martha in the “Secret Garden.”  Both young women participated in the NYSSMA All State Festival in 2015 at the Eastman School of Music in Rochester, Heffner in the Women’s Chorus and Scotti in the Mixed Chorus.

Jurors for the awards were Derek Stannard and Carla Fisk.  Stannard, a tenor and familiar guest soloist across the region, is Director of Music Ministries at the Church of the Immaculate Conception in Glenville and Artistic Director of the Auriel Camerata.  He has performed as a soloist with BHOS.

Soprano Carla Fisk has been an active opera singer in the United States and Europe.  She is the founder of Opera on Tap in New York City, an educational and cultural outreach organization that strives to bring opera to unconventional venues.  The organization supports young singers and new performance music. Both Fisk and Stannard maintain active voice studios in the Capital Region.

BHOS acknowledges with gratitude The John J. and Rose Cali Family Foundation for its generous support of the 19th Vocal Scholarship Awards, a program vital to the Society’s community outreach efforts.