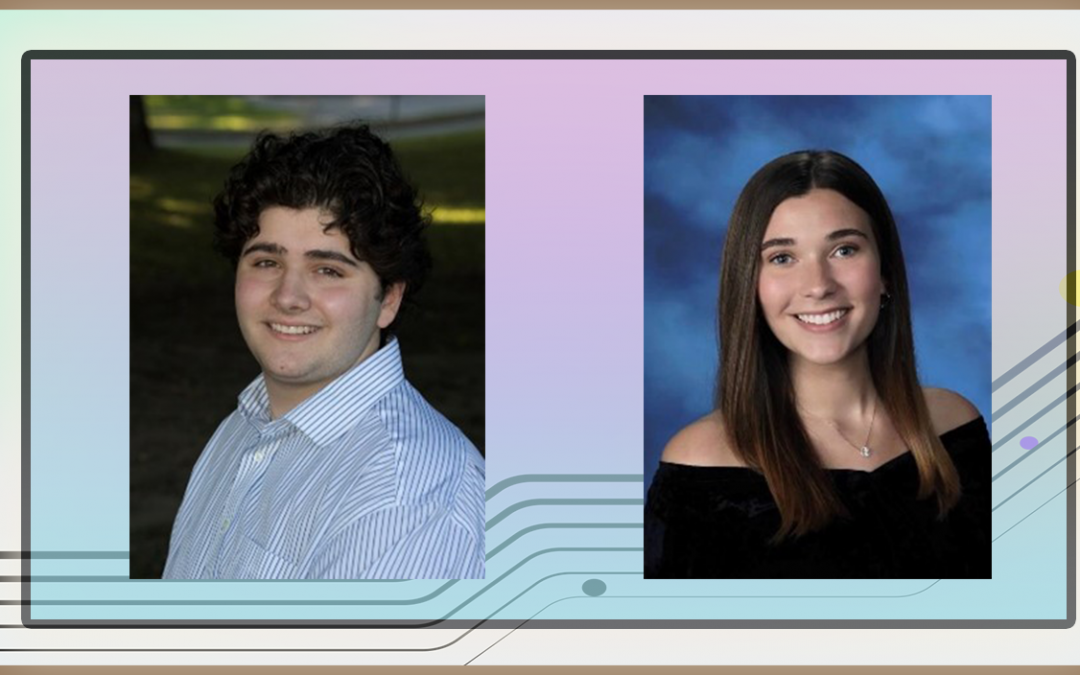 Teddy Van De Ven IV found his calling in music after he participated in his first musical, Mary Poppins, in sixth grade and has sung in school musicals ever since. He credits his music teachers for the guidance he needed to become a successful singer. Besides school musicals Teddy has participated in musicals at the Saratoga Children’s Theatre which included Footloose, Wedding Singers, Newsies and All Shook Up. He sang at the NYSSMA Solo Festivals and traveled with the Saratoga Springs High School’s Select Choir Ensemble to the Williamsburg Heritage Festival in Virginia and to the Annual Festival Disney Competition in Florida. Teddy is an active Eagle Scout who plans to major in music education at SUNY Fredonia.

Brigid Mack will be attending the music conservatory at Purchase College with a major in vocal performance and wants to focus her studies on opera and chorales. She participated in NYSSMA Solo Festivals and has sung in several choirs including the Chamber Singers of Columbia High School and Melodies of Christmas, part of the Empire State Youth Orchestra (ESYO). Dance and guitar playing are among her many interests. Brigid won Best Supporting Actress for her performance as The Witch in Big Fish The Musical. She has completed her Girl Scout Gold Award Project and serves as the president of the Junior Ladies of Charity of Troy.

Jurors for the competition were Rae Jean Teeter and Heather Ferlo. Rae Jean Teeter has been the Director of Vocal Music at Guilderland High School since 1995. While at Guilderland, Rae Jean has developed a choral curriculum that has been recognized throughout the state for its excellence in performance and in the use of Music Learning Theory and movement to develop the aural skills and total musicianship of her vocalists. She is a frequent guest conductor and clinician and is a contributing author for “Teaching Music Through Performance in Choir Vol. 2” published by GIA music. Heather Ferlo is a singer, pianist, and music teacher with a Bachelor of Music in vocal performance from The Crane School. At Crane, she was awarded the George Blaha Award in Vocal Excellence and a first-place winner of the National Opera Association Opera Production Competition. She studied Italian language and culture in Perugia, Italy, and attended the Scuola Italia Program for Opera Singers in Vado. Further training included SongFest in Los Angeles and the Miami Frost School of Music in Salzburg, Austria. Heather Ferlo teaches music at St Gregory’s School in Loudonville and at The Music Studio in Albany.

The Scholarship Program is fundamental to BHOS’s community outreach endeavors.